Hello and welcome to the Official Website of Wardrum! Stay up to date on our latest news with our Blog, learn more about us, check out our music and videos, discography, photos, and feel free to contact us (be sure we will respond asap). 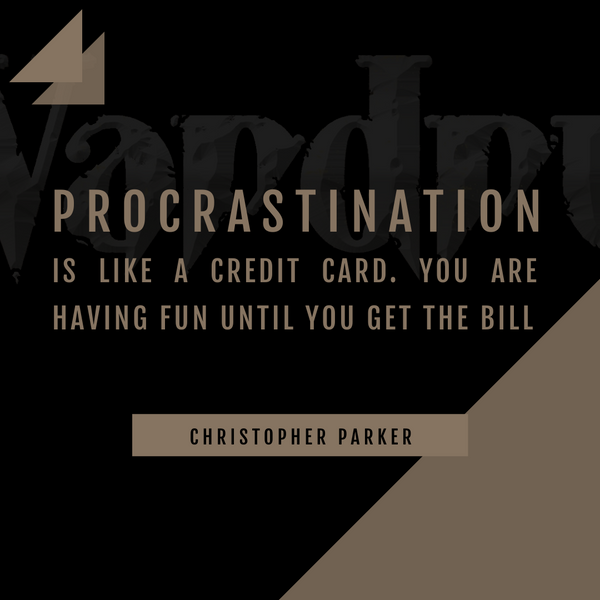 Procrastination is the action of unnecessarily and voluntarily delaying or postponing something despite knowing that there will be negative consequences for doing so. 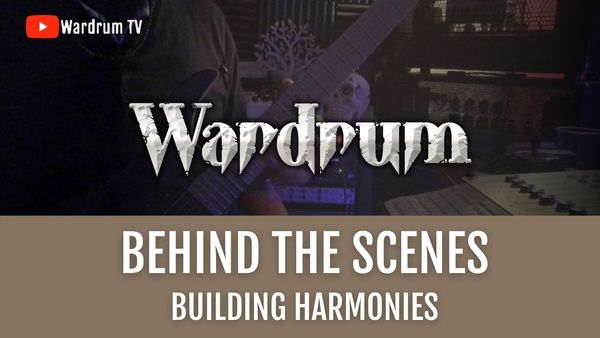 Check out a new Behind The Scenes video that we made using footage from 2018, while working on guitar harmonies for our "new album". 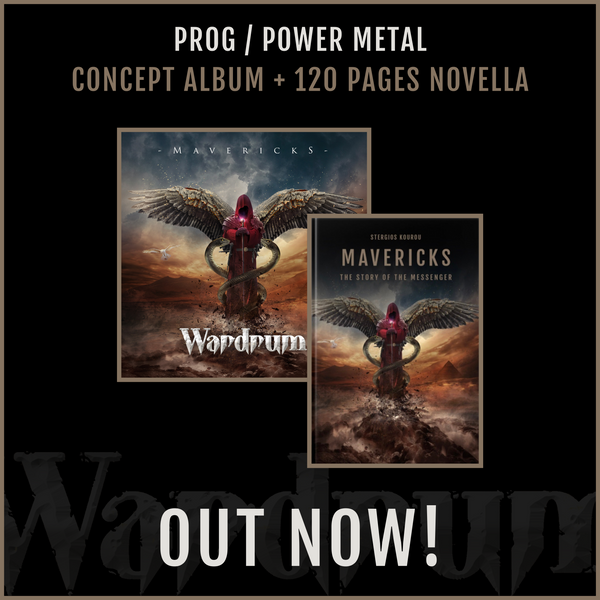 The new album deals with (or rather, forms the soundtrack to) the story of Messenger… 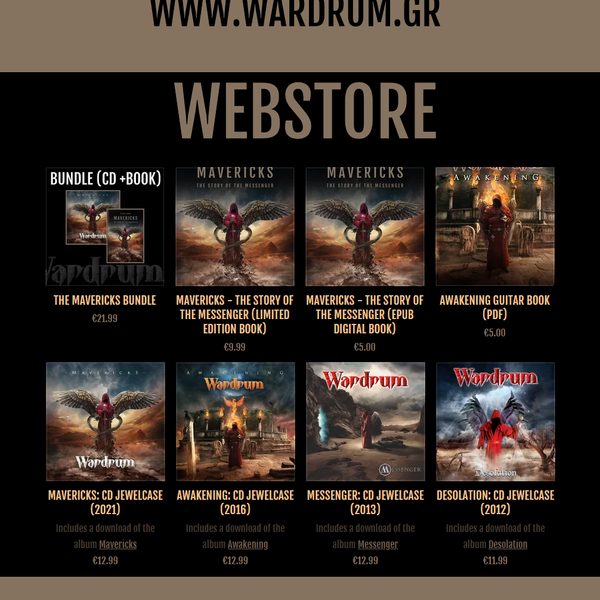 Our Website's store is finally open! Feel free to look around @ www.wardrum.gr 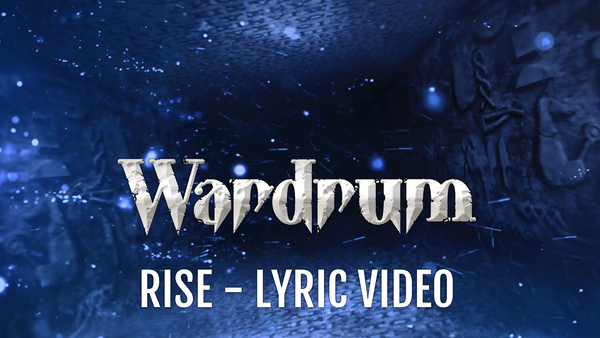 Our new single and video "Rise" is out now on YouTube: https://youtu.be/V1hQ-FU6n5o 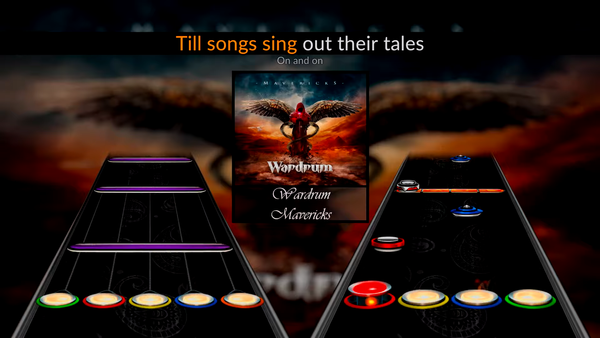 Clone Hero is a free rhythm game, which can be played with any 5 or 6 button guitar controller, game controllers, or just your standard computer keyboard. Download the game, copy your song charts into the song folder and enjoy… 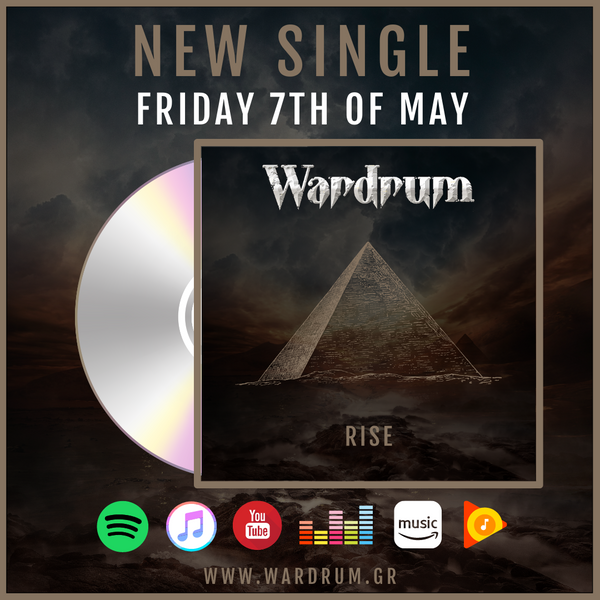 NEW SINGLE OUT - This Friday, 7th of May! 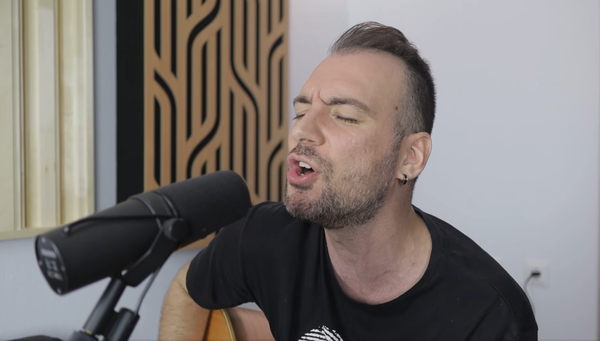 Check out our Facebook page and watch George perform "Mavericks" with his guitar, creating a cool acoustic version. Here's the link:  https://www.facebook.com/wardrum.gr/videos/501876534286786

You can find the original version and Lyric video of " Mavericks " here: https://youtu.be/AHHnvpiOxDE 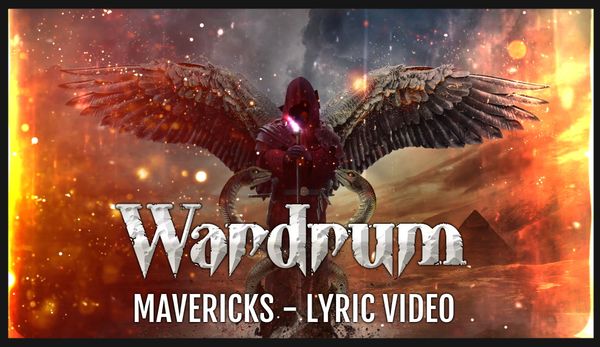 Our new single and video "Mavericks" is out now on YouTube: https://youtu.be/AHHnvpiOxDE 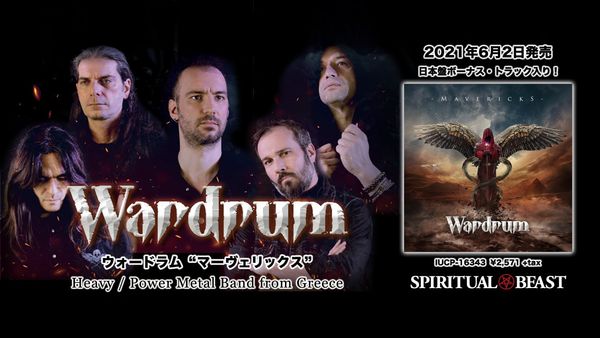 MAVERICKS - MADE IN JAPAN

Wardrum announce the Japanese version release of their new album Mavericks via SPIRITUAL BEAST. The release is scheduled for the 2nd of June 2021 and our Asian friends will have this special version of Mavericks… 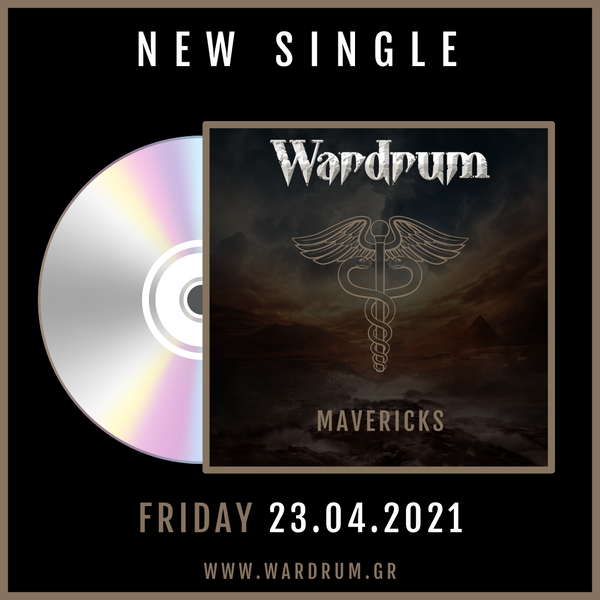 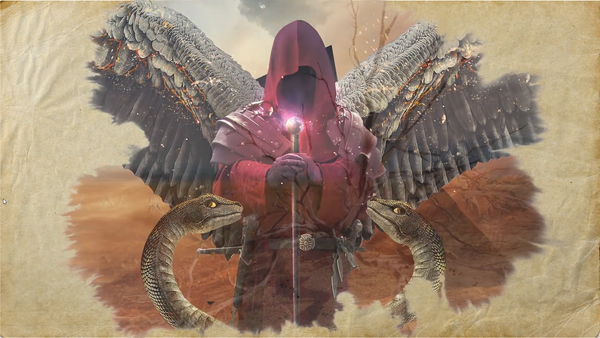 Wardrum celebrate their ten years of making music with 11 brand new songs, a new concept studio album “Mavericks”- to be released on May 28 via Steel Gallery Records. The new album deals with (or rather, forms the soundtrack to)… 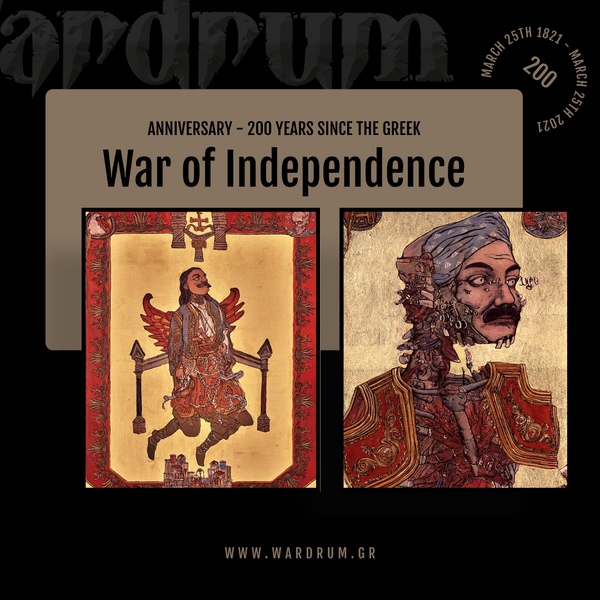 The Greek War of Independence, also known as the Greek Revolution, was a successful war of independence waged by Greek revolutionaries against… 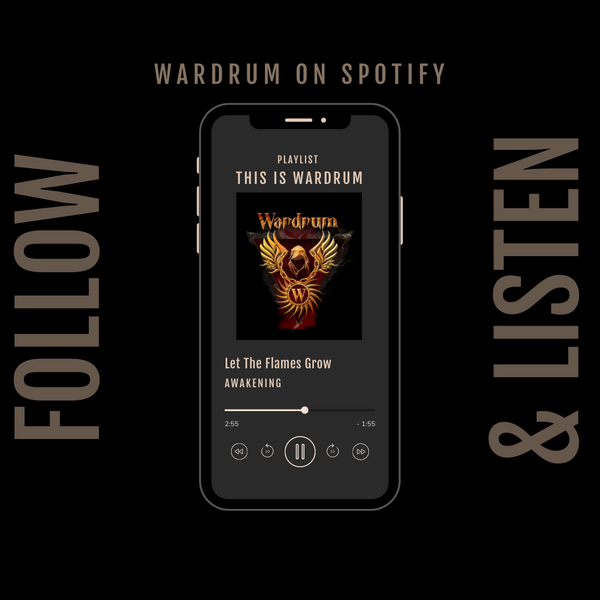 Are you like us and use Spotify to listen to music on a daily basis? If so, you can find all Wardrum releases on our page: https://open.spotify.com/artist/3Y9WD3GQzU0NxsD5Sv1HEI 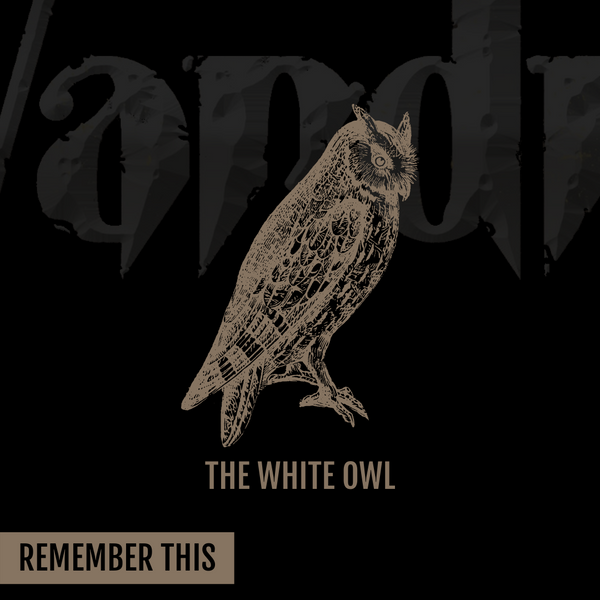 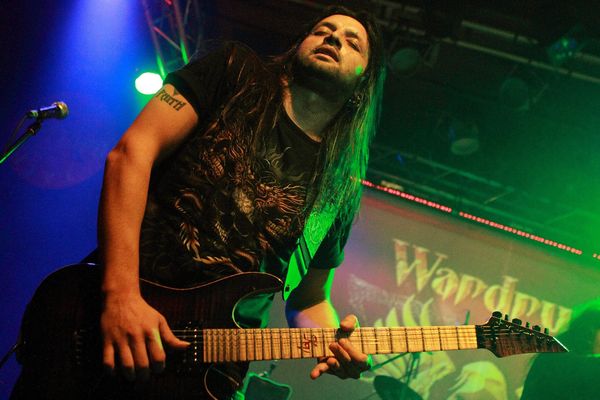 To our awesome brother, HAPPY BIRTHDAY! Today we celebrate you! I hope this year brings everything you wish for and more! 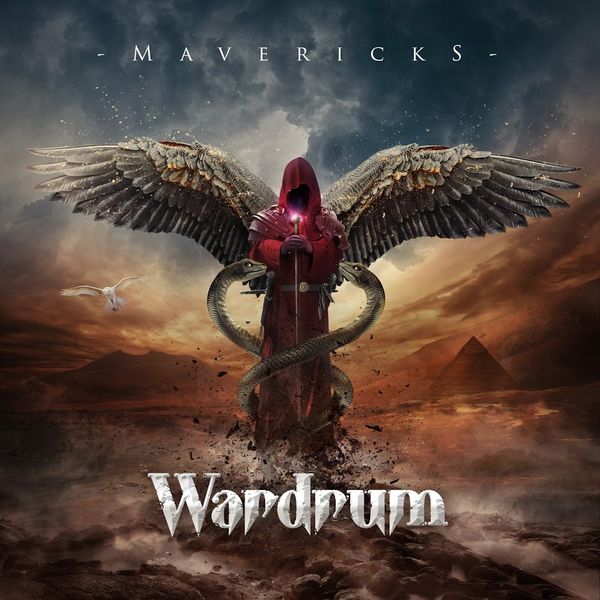 WARDRUM - MAVERICKS
This is the day we’ve been looking forward to for the last 2,5 years. Wardrum celebrates their ten years of making music with 11 brand new songs, a new concept studio album “Mavericks”- to be released on May 28 via Steel Gallery Records. The new album deals with (or rather, forms the soundtrack to) the story of Messenger, the winged faceless figure that appears on all of their album artwork. 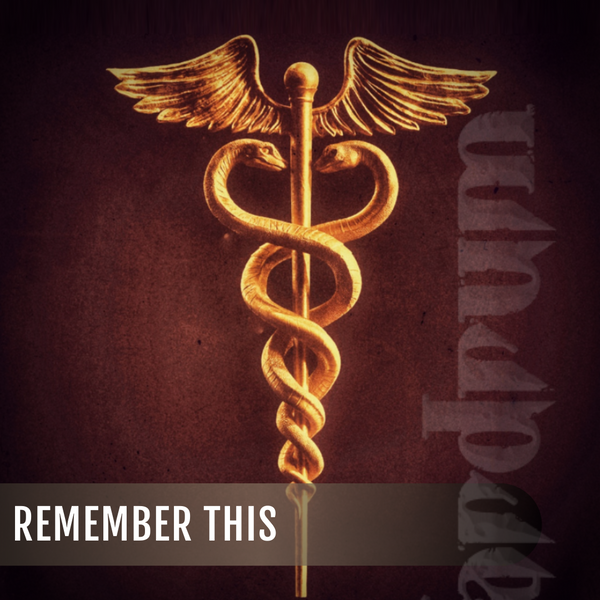 Before any announcement is made, remember this... The staff of Hermes, the Caduceus! With a hit, it could put you to sleep, wake you up, make your dreams come true, or destroy them! Wouldn't it be a convenient weapon? 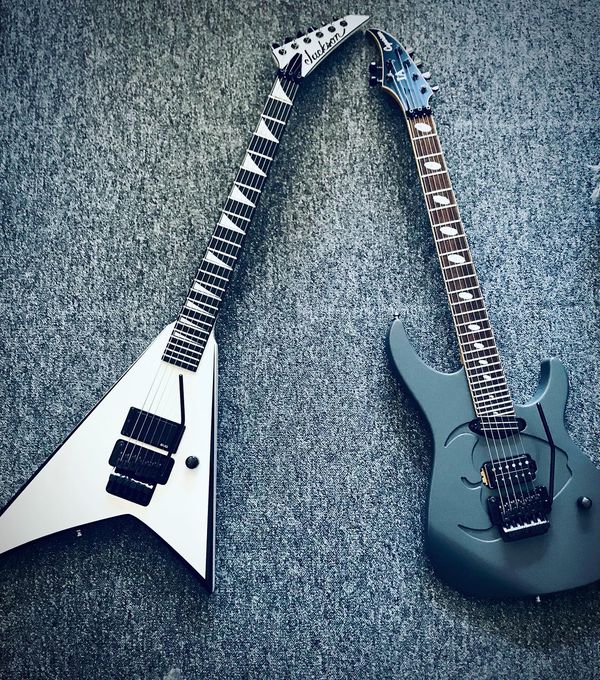 FROM OUR FACEBOOK PAGE: "Since these babies are here, that can only mean one thing.... Wardrum guitar recordings day 1!"

Wardrum is a group of passionate musicians that use their own metal music blend in the likes of Judas Priest, Riot, and Symphony X, with motivational lyrics, to inspire and hopefully awaken self-confidence to people who want to give their dreams another chance.

Founded in 2010 in Thessaloniki Greece, Wardrum play their own style of Metal music, by taking the direction they believe Heavy music should have taken, after its golden era. Having also a slightly epic Greek melodic touch, their music has been described as “Greek composer Chatzidakis meets Judas Priest”!

Wardrum have been determined, not only to work hard and keep doing what they love; but with their music and lyrics, to hopefully become a positive influence in the lives of those who want to become better versions of themselves.

They are most well known for uptempo songs like Travel far Away, The Messenger and After Forever, mid-tempo melodic choruses like Lady Jane Grey and Parental, as well as for more gloomy ones like Sometimes and Skies Of Grey. Wardrum music has been described as a cross between Heavy metal and Prog Power, influenced by among others, Riot, Crimson Glory, and Symphony X.

Get the "Mavericks" CD, Limited Printed Book, and T-Shirt for only 30 EUR

MAVERICKS - THE STORY OF THE MESSENGER (limited edition book)

Mavericks - The Story Of The Messenger (epub DIGITAL book)

The 120 pages storybook of our concept album "Mavericks"

Here you can check out our upcoming shows. Feel free to invite us to your city through "Bandsintown" and we will do our best to be there asap.