Anniversary - 200 Years since the Greek War of Independence

The Greek War of Independence, also known as the Greek Revolution, was a successful war of independence waged by Greek revolutionaries against the Ottoman Empire between 1821 and 1830. The Greeks were later assisted by Great Britain, France and Russia, while the Ottomans were aided by their North African vassals, particularly the eyalet of Egypt. The war led to the formation of modern Greece. The revolution is celebrated as independence day on 25 March.

Paintings by Konstantinos Papamichalopoulos. “Kanaris 2020” (right) and “The Glory of Athanasios Diakos” (left, with ink, egg tempera and gold leaf on wood.) 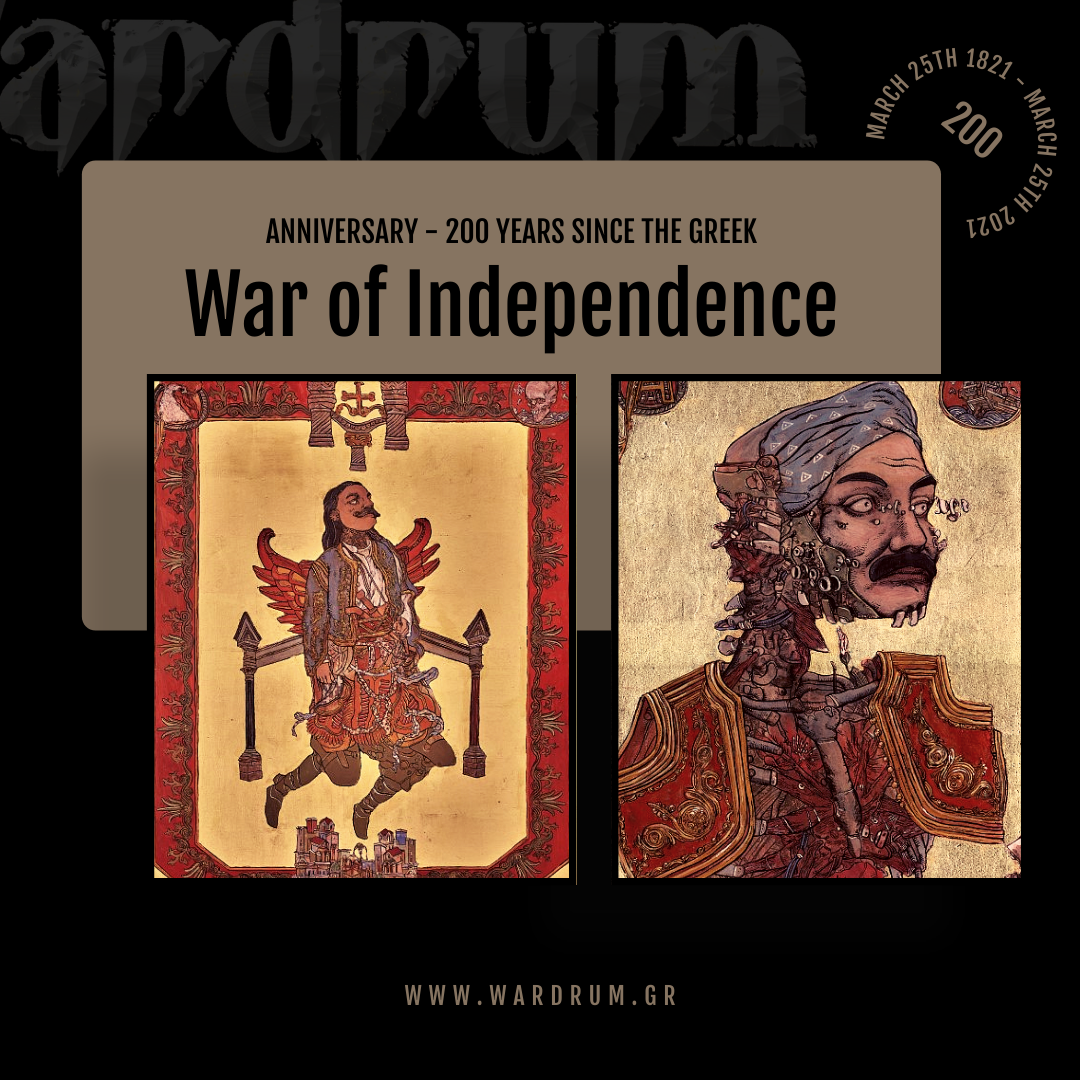